This is Motherhood: Becka

Becka and I have been connected on Instagram for a while, and this was one of those “Yay, we met IRL” (in real life!) moments! Turns out we had more in common than we realised – similar outlook on life, son’s the same age, both of have strong minded girls as our second child and even friends in common. Such a small world! An ex-drama teacher, Becka found that being a stay at home Mum wasn’t for her either and now finally feels she has the balance right, working part time a Social Media Manager, running her blog www.beckasbubble.com and of course, spending loads of time with her gorgeous children.

Here is her story:

I always wanted to have a family one-day, but I never really gave it a lot of thought. After being on the pill since I was 15 I wondered if I’d be able to have kids (I was suspicious that I’d never accidently get pregnant!) or how long it would take to fall on. After we got married in 2013, it seemed like the next natural progression. After all, neither of us were getting any younger! We were overwhelmed, excited and shocked when a test came back positive the following month.

Once little “peanut” was growing inside my tummy, the dreams and fantasies about family life began. I thought I was prepared because I’d looked after my nieces and best friends little girl…I was wrong! I daydreamed about how blissful it would be. Oh how wrong I was! I don’t think anyone can be prepared for how hard Motherhood is until you’re in it. No matter how much people try to tell you what it’s like, and they do (a lot) you never fully understand.

I have a theory on this. I think this happens because, if we truly knew what it was like, no one would ever have children and the human race would die out!

However, just because it’s hard doesn’t mean it’s not wonderful. I genuinely feel so lucky to have Lucas (5) and Sienna (21 months). As much as Sienna is an independent madam with the ability to screech at several decibels, she is also extremely cute and funny. There is no better feeling that when she puts her arms around my neck, rests her head on my shoulder saying “Awwww” or when she randomly puckers up for a kiss.

Lucas is my angel child. My first-born and, on the whole (he has his moments), an absolute little star. He’s chilled, kind and thoughtful. I love it when he starts to tell me a tale about the most random stuff with a completely serious facial expression. The unconditional love I get from both of them is what I enjoy the most about being a mother. Yes, it comes with pressure but the bond we have is like nothing else.

In the last six months, being a mother has definitely become more challenging. Lucas has always been fairly easy to parent. We didn’t experience the Terrible Twos and only had moments of being a Threeanger. We were so lucky. I didn’t realise how lucky until Sienna started to walk at about 14 months.

With my husband working long hours five days a week (including a Saturday), I do a lot with the children on my own or with friends/family. This wasn’t a problem when Sienna was happy to sit in her buggy. Now she can walk she wants to be free but has no awareness of danger and I find this terrifying and upsetting. It’s actually put me off taking them both out on my own recently, which I’ve never had a problem with before. If I could change one thing, I’d probably cut down Ric’s working hours a little. Every other Saturday or a few evenings with him around would take the pressure off. We’d be more of a team like we are on a Sunday, his day off.

As much as I enjoy Motherhood, I occasionally wonder what I would do if I got a completely childfree weekend. The fantasy involves not being woken at the crack of dawn, being able to sit in my PJs watching box sets and maybe a night out with no parenting whilst hungover the next day.

If I could go back and speak to myself during my first pregnancy, I would encourage myself to enjoy doing nothing. I would advise any Mum-to-be to just chill out, put your feet up and enjoy not having to do anything. Enjoy being able to potter about and leave the house within a minute. Parenting is non-stop. As soon as I became a mother my life instantly became busier. I put this down to two things:

Being a mother doesn’t leave a lot of time for being you. It’s so easy to get lost in just being “Mum” and if it wasn’t for my own lovely Mum, who is fantastic at babysitting for me, I do think I would lose my identity a little. I need the odd night out or evening with friends to remember who I am away from being a mother. It’s the reason why I decided, after only a few months of being a SAHM, to get a new job. I love going to work a few days a week and just being Becka. It’s also the reason why I began blogging. A little bit of something for me and it makes the tough parenting days easier.

I’ve definitely changed since becoming a Mum as my priorities are different but I don’t think it’s a bad thing. I’m less selfish. I think more about what’s best for my son and daughter than myself and I care more about the world around me because it’s my children’s future. I’m also more tired, have more wrinkles, bags under my eyes and some grey hairs sprouting through!

As cliché as it sounds, Motherhood is a rollercoaster of massive highs and the lowest lows but it is a privilege and a role I’m so honoured to have. I feel like I learn something about my children and myself most weeks. Most of all, they make me so proud. I’m over the baby years. I’m officially closed when it comes to pushing any more babies out, but I’m so excited about the future and seeing my two grow up.

Becka, thanks so much for sharing your story! It was so lovely to hang out with you all. Will definitely be in touch for a play date soon!

← This is Motherhood: Ruth A Spring Wedding at Bowcliffe Hall → 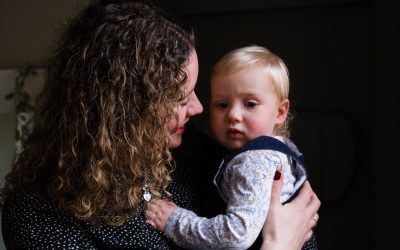 This is Motherhood: Laura

Laura and I met through a local networking group for creatives, connected on Instagram and I was really interested to...

END_OF_DOCUMENT_TOKEN_TO_BE_REPLACED 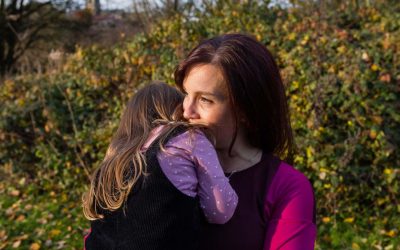 This is Motherhood: Lisa

Lisa and I first met in pregnancy yoga, when our baby girls were the size of small items of fruit. We were due months...

END_OF_DOCUMENT_TOKEN_TO_BE_REPLACED 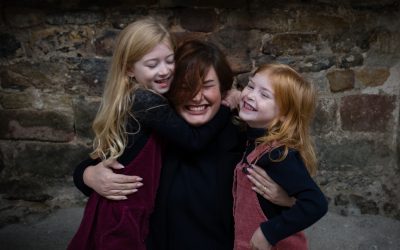 ​This is Motherhood: Tamsin

When I started this project, I hoped I'd find loads of different people wanting to join in, and I hoped that people...